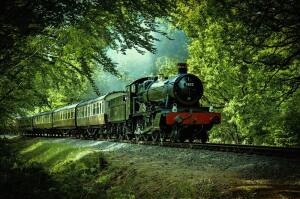 Gregory James Goularte was born May 15, 1955 in Hollister, CA. to Arthur & Adeline Goularte. He lost his battle with cancer on August 25, 2020 with family by his side. The family is respecting his wishes and not having services.

Greg was the oldest of 6 children, all of whom grew up in San Juan Bautista, CA. As a child, he was active in the Catholic Church, participated in boy scouts and enjoyed spending time with his large, extended family. As a young adult, he enlisted in the Army for 4 years. While enlisted he spent time in Texas and Germany as a tank commander in the 182nd Calvary. After returning home, he moved around California and eventually settled in Klamath County with his family.

Greg worked several jobs after moving to Oregon, including working in a mill, dispatching for a produce transport company and driving truck. He enjoyed traveling, playing cards, going antiquing, and puttering around his yard. He had a dry sense of humor that when mixed with his gruff voice and large stature often caught people off guard – which he found comical. However, he enjoyed bantering with friends and family.

Greg is survived by his mother, who still resides in his childhood home. He is also survived by all of his siblings; Laura (and husband Enrique), Debra (and children Joseph & Jillian), Alan, Cathleen (and partner Rick), and Michael (and wife Claudette & daughters Samantha and Candace). His children, Caitlin (and fiancé Josh) and Matthew, still live in Klamath County.

The family is asking that in lieu of flowers, please consider donations to Klamath Hospice, a Veterans Organization or a Cancer Organization.

To send flowers to the family or plant a tree in memory of Gregory James Goularte, please visit our floral store.

You can still show your support by sending flowers directly to the family, or by planting a memorial tree in the memory of Gregory James Goularte
Share a memory
© 2020 O’Hair-Wards Funeral Chapel. All Rights Reserved. Funeral Home website by CFS & TA | Terms of Use | Privacy Policy