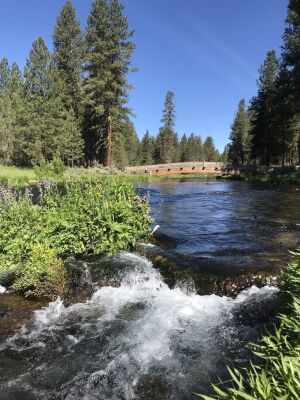 Following a brief illness, Jim was called home to the Father on 14 October 2021 while embraced by the love of his Savior, family, and friends.

Jim, the second of two children, was born to Mary Jane and James Marion McAtee in Phoenix, Arizona on 23 September 1938. In the mid-40s, he, his parents, and older sister Ginny moved to Laguna Beach, California where his parents had purchased a motel one block from Crescent Bay. Jim grew up on the beach, in the water, and on the golf course. He played varsity football for the Laguna Fighting Artist, and graduated in 1956. Undecided on what to do following graduation, his father offered him $100 dollars if he would join a service. The money was spent later that evening and he joined the Navy for a three year “kiddie cruise” the next day. From 1956-1959, Jim served in the Pacific as a sonar operator on the destroyer USS Leonard F. Mason, going from Pollywog to trusty Shellback on his first cruise to Australia.

With his new skills in electronics followed by some more college, he joined IBM to service and maintain their processing equipment in Southern California. He met his bride to be, Sheendanai “Shendy” Oprian, on trips to the Pacific Telephone Company. With their first date on 23 November 1963, they were married in the Methodist Church on 5 January 1964. Their first son, Scott James, was born on 21 October 1964 and their second son, Jeffrey Brian, was born 22 November 1965. Four years later, the family moved to Klamath Falls, Oregon where Jim had accepted an assistant professor position in the nascent computer science department at Oregon Technical Institute. It was his master’s degree in computer science from the University of Oregon that made him a passionate Quacker Backer. Jim served as chairman of the computer science department for many years as well as the dean for the schools of business and technology, retiring from the Department of Computer Systems Engineering Technology as a full professor in 1996.

Having always loved the outdoors, Jim enthusiastically pursued his new interests in the area’s abundant fishing and bird hunting opportunities. There is nothing he enjoyed more than learning these new skills and teaching them to his sons: Summers were spent camping and fishing, while the falls and winters were filled with bird hunts all over the Klamath Basin. A scratch golfer in his youth, he returned to golf in the early 1980’s. It was this sport that he taught “his” Shendy, and was an activity they would share and enjoy up and down the west coast for the next 40 years. Jim was blessed to be able to pursue these passions throughout his life, having drifted and fished his beloved Williamson River this past July, and fished his youth-treasured Pacific Ocean in August.

A patient, generous, and loving man, he was preceded in his heavenly journey by his father James, his mother Mary Jane, and his brother-in-law Roger Artoux. Jim is survived by Shendy, his loving wife of 57 years; his son Scott lives in Arlington, Virginia; and son Jeff, who lives in Klamath Falls, gave Jim his two grandsons, Max and Will; his sister Ginny Artoux and her children Michelle Meyers with husband Eric and their daughters Marianne and Sara King with husband Spencer; and Charles Artoux with wife Ingrid. Loving family members from Shendy’s family include her sister Bennie Kellogg and her three children, Karey James with husband Mitch, David, and Kami; and her sister Marianne Bachleder with husband Louis and son Joe with wife Tara. Cherished family friends include Ross and Bonnie Kirchway, Elmer and Jo Ogborn, Fred and Edie Hess with their son Patrick, and Matthew Fries.

A mass in Jim’s honor will be held at Sacred Heart Catholic Church on October 26, 2021 at 11 am. In lieu of flowers, consider making a donation to the local chapter of Ducks Unlimited, 7325 Hager Way, Klamath Falls, OR 97603.

“The time will come when his memory will bring a smile to your lips before it brings a tear to your eyes.”

To send flowers to the family or plant a tree in memory of James Charles McAtee, please visit our floral store.

You can still show your support by sending flowers directly to the family, or by planting a memorial tree in the memory of James Charles McAtee
Share a memory
© 2021 O’Hair-Wards Funeral Chapel. All Rights Reserved. Funeral Home website by CFS & TA | Terms of Use | Privacy Policy