Plant a tree in memory of Jerry
An environmentally-friendly option 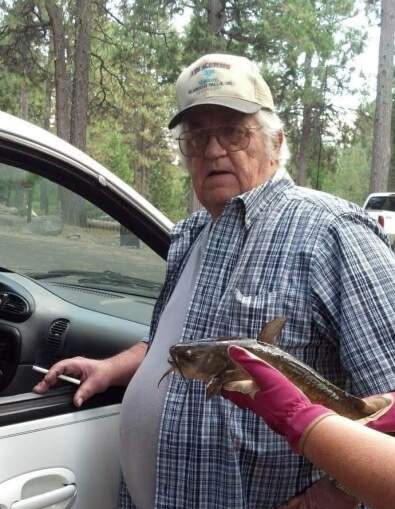 Jerry Dean Adamec passed away at home on March 21, 2021 of natural causes at the age of 78.  Jerry was born in Yoncalla, Oregon on April 8, 1942 to Benjamin and Ruby Adamec. He was the second oldest of 7 children.

In Jerry’s younger days he worked for a few years in the lumber mill in Malin, Oregon. It’s clear to say he worked the majority of his life in the farming business. He worked in the potatoes for many years and when the potato farmer’s all retired he continued working in the alfalfa and strawberries, operating various types of machinery. He was a very hard worker and always provided for his family.

After he finally retired he enjoyed fishing or most of the time just drowning some worms, with his daughters and grandchildren and great grandchildren. He also liked to watch old western movies and the game show network on tv and take rides around Butte Valley to “check the fields” as he liked to call it.

Jerry is survived by his children: Jeri and Tony of Macdoel, CA; Melissa Adamec of Dorris, CA; Melinda and Constancio Hernandez of Dorris, CA; Tina Reeves, Audra Rodriguez, Jeff Adamec all of Redding, Ca. and Lisa and Tom Day, Virginia.  Brothers & sisters, Ronald and Treva Adamec of Coos Bay, Or; Richard Adamec of Merlin, Or; Sally and Allen Pruitt of Wilder, Idaho; and Shirley Kay and Sarah Adamec of Hillsdale, Mich. Jerry had 21 grandchildren and 26 great grandchildren, numerous cousins, nieces and nephews.

Jerry was preceded in death by his wife Kathy, parents Ben & Ruby, his older sister Sandy, his younger sister Sharon and his first wife Delana.

Jerry will be greatly missed by all of his family.

A Celebration of Jerry’s life will take place on April 10, 2021 @2pm in Dorris, CA at the Shasta View Church of the Nazarene 805 Picard Rd.

In lieu of flowers please consider making a donation to one of the following:

Klamath Hospice or Shasta View Church of the Nazarene

Plant a tree in memory of Jerry by clicking here.
To send flowers to Jerry's family, please visit our floral store.

Plant a tree in memory of Jerry
An environmentally-friendly option

Plant a tree in memory of Jerry

1 tree planted in memory of Jerry

A Memorial Tree was planted for Jerry Dean Adamec

Plant a tree in memory of Jerry